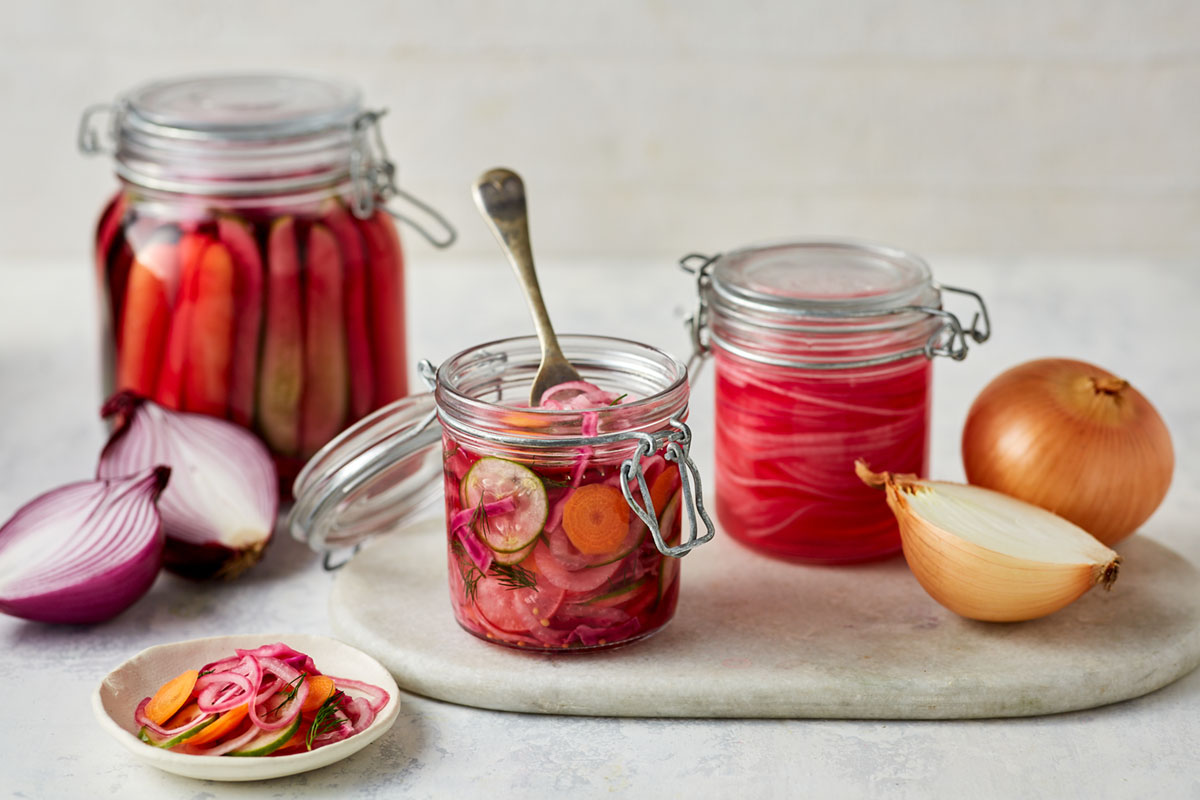 Sterilise a large jar by thoroughly washing with soap and water then placing in a pre-heated oven for 15 minutes at 120°C. Allow to cool before filling.

Using a mandolin, thinly slice the carrot, radish and cucumber. Thinly slice the onion and the red cabbage. Toss the vegetables together along with the dill and mustard seeds, fill the jar.

Add the water, apple cider vinegar, sugar and salt into a medium saucepan and bring to boiling point. Once the sugar has dissolved remove the pan from the heat and allow to cool down for 5 minutes.

Pour the brine liquid into the jar ensuring it covers the vegetables. Place the lid on to seal. Allow to cool down on the bench before placing in the fridge.

Store in the fridge for up to 1 week.